Attention Deficit Hyperactivity Disorder (ADHD) is known as a neurological condition or syndrome. Within the term there are three sub-groups – now referred to as presentations: Predominantly Inattentive, Predominantly Impulsive-Hyperactive, and the Combined Type. The terms refer to a cluster of difficulties within each sub-group. Children diagnosed with ADHD are designated as being Mild, Moderate, or 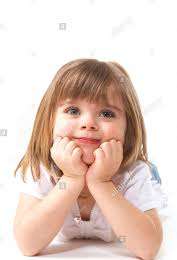 Children diagnosed as Predominantly Inattentive (ADD) have an extremely short attention span and poor concentration together with short-term memory problems. This group are the daydreamers, easily distracted, and forgetful, and often slow at processing information. They tend to have poor listening skills and can miss steps of instruction. They may read quite well but find it difficult to remember what they have just read. This is unfortunate because in order to learn children need to be able to pay attention, concentrate, and remember or recall information. Children in this group are often overlooked because they are less likely to display behavioural issues, fade into the background, are no trouble in class, and do not stand out like sore thumbs in the same way as the other two groups.

The difficulties that affect the Impulsive-Hyperactive sub-group, as the name suggests, is their poor impulse control (act and speak before thinking) and being overactive for the situation or activity (fidgeting, jumping around, over-talkative, etc). Impulsiveness is generally what gets children in this sub-group into trouble because, unlike other children who may check before they push or pinch another child, these children are unable to stop and think before they do and as a result are caught and punished. Children with impulsivity interrupt and intrude, have difficulty waiting turn, begin before all instructions have been given, and don’t stop to consider the consequences of their actions. The hyperactivity element is something most parents wish they could turn off. A child on the go all the time is energy-sapping especially when they are unable to sit for any length of time, have difficulty falling asleep, jump from one activity to another, and can talk the proverbial “hindleg off a donkey”. The good news is that the physical hyperactivity tends to diminish with adulthood; the bad news is often the verbal hyperactivity remains.

Those diagnosed with the third sub-group, the Combined Type, have difficulties 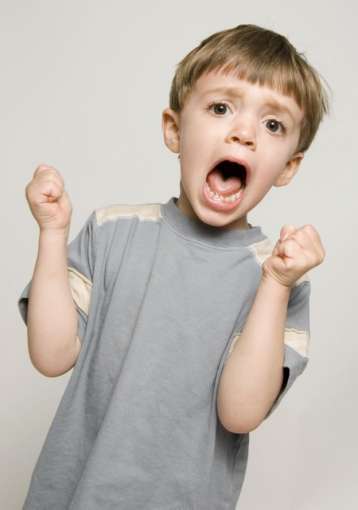 with all of the above, are complex, and may struggle to belong (making and keeping friends and sustaining relationships). In addition to the characteristics required to meet the diagnostic criteria, children with ADHD may also have a problem with controlling their emotions, becoming easily frustrated, and reacting to minor and insignificant incidents. Research suggests they are socially and emotionally immature in relation to their chronological age. These children can also be hypersensitive to noise, particularly shouting, and young children may put their hands over their ears. However the thing that tends to affect parents the most is known as insatiability, the child who badgers and nags constantly, always wants their own way, and cannot accept No for an answer.

According to Dr. Christopher Green (author with Kit Chee of ‘Understanding ADHD’). “These children are predominantly ‘out-of-step’ with their brothers and sisters and other children. Many are easy babies though once walking are over-active and into everything. At pre-school they have difficulty sitting for story time, are quickly frustrated, and may show aggression to others. At school they are easily distracted, fidgety, often disruptive, tend to under-achieve, and do best on one-to-one. About half the children diagnosed with ADHD are likely to have at least one associated condition, known as a co-morbidity. These tend to be linked by brain chemistry. The core characteristics of ADHD and any associated (co-morbid) conditions are likely to be influenced by parenting and the child’s home and school environments. Research has revealed that ADHD is a biological and not a psychological condition, tends to run in families, and that genetic factors play a part. Further studies are continuing to identify all the genes involved which are likely to be shared with other inter-related and overlapping disorders. There is no clear cut off between children who have a normally active, impulsive and inattentive temperament and those who are affected by ADHD. If behaviours are of little concern they can be ignored but if they are causing a child to significantly under-function and/or under-behave, they must be taken seriously.” 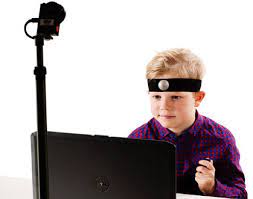 Assessment for ADHD can be carried out by a paediatrician, psychiatrist, or psychologist with experience in this condition. In recent years most countries have adopted the American Diagnostic Criteria and the process includes: completion of questionnaires by parent(s) and school; information from school on the child’s behaviour and any learning difficulties; and obtaining a detailed developmental and medical history. Some clinics have started to use specialist computer software to aid the assessment process. The difficulties encountered by the child are required to be more severe than in other children of the same age, occur in more than one setting, and start before the age of twelve years. 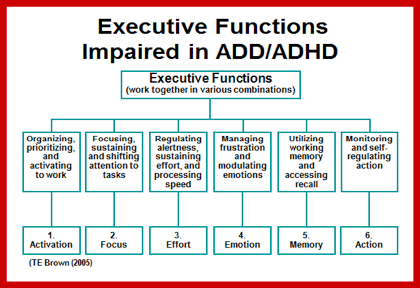 Executive Function is a term used to describe a unique set of mental activities that tend to be impaired in people with ADHD. Dr. Russell Barkley* describes executive function as those “actions we perform to ourselves and direct at ourselves so as to accomplish self-control, goal-directed behavior, and the maximization of future outcomes.” Through use of a metaphor, Dr. Thom Brown* compares executive function to an orchestra conductor whose role is to organise the various instruments and control the pace and intensity of the music. Another description for executive function is the ability of an individual to focus, hold and work with information in mind, filter distractions, and switch gears in the way that a sophisticated air traffic control system has to manage information at a busy airport.

Impairment in executive functioning may cause problems for students with ADHD in several important areas: getting started and finishing work, remembering homework, memorising facts, writing essays or reports, working on maths problems, being on time, controlling emotions, completing long-term projects, and planning for the future. Many students with ADHD have impaired working memory and slow processing speed which are important elements of executive function. For example, when writing essays, students often have difficulty holding ideas in mind, acting upon and organising ideas, quickly retrieving grammar, spelling and punctuation rules from long-term memory, manipulating all this information, remembering ideas to write down, organising the material in a logical sequence, and then reviewing and correcting errors. Help with these difficulties can make a world of difference. Further information and ideas are contained in Thom Brown’s booklet on Executive Function that can be downloaded here.

Many children and adults with ADHD, particularly those affected by hyperactivity

(busy body and busy brain) have sleep difficulties, mainly with falling asleep but, in some cases, in staying asleep for a restorative length of time. Even moderate sleep deprivation — losing less than one hour per night of sleep — can affect the academic performance of children with ADHD.  Creating a consistent sleep routine and environment can help but for parents of children with ADHD structuring bedtime can be a constant struggle. It is extremely important that serious sleep problems are addressed vigorously since tiredness will exacerbate the symptoms of ADHD and affect their daily life. This might require short-term use of medication to help develop a routine but there are also certain things that will help including: keeping to a set routine, removing sources of stimulation and engaging in calm and peaceful activities in the hour before bedtime, having a strict lights-out time, soothing music, and using a positive reinforcement reward system. Sleep difficulties often affect siblings particularly if they share a bedroom with the child with ADHD. If sleep issues are causing a problem it is important to seek advice from a professional with experience in sleep hygiene. The Sleep Seekers booklet can be downloaded here.

Medication has been prescribed for the condition we now call ADHD since 1937 when dexamphetamine (Dexedrine) was given to institutionalised children by their physician Dr. Charles Bradley who found it beneficial in improving both behaviour and academic performance. It remained the main drug treatment until Methylphenidate Hydrochloride (brand name Ritalin) was developed and licensed 20 years later in 1958. These drugs, known as psychostimulants, continued to be prescribed for several years to treat the symptoms of ADHD during which time other pharmaceutical companies started producing their own Methylphenidate Hydrochloride each one giving the drug their own brand names. Equasym, Medikinet, and Tranquilyn, like Dexedrine and Ritalin are available in what is known as immediate release or short-acting formulations. This means that their beneficial effect lasts for around 3-4 hours requiring more than one dose each day. Slow-release (or extended release) formulations EquasymXL, ConcertaXL MedikinetXL, and MatorideXL were subsequently introduced. EquasymXL, MedikinetXL, and MatorideXL are designed to be effective for 8 hours and ConcertaXL for 12 hours. Another extended release drug called lisdexamfetamine dimesylate (brand name Elvanse) became available in 2013.This drug is designed to provide beneficial effects for 12 hours. 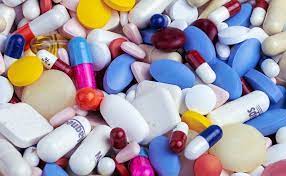 The psychostimulant drugs used to treat ADHD increase the availability of two neurotransmitters (chemicals) in the brain, dopamine and noradrenaline (also called norepinephrine) which are believed to be deficient in people with ADHD. Both neurotransmitters contribute to maintaining alertness, increasing focus, sustaining thought, effort, and motivation.

A non-stimulant drug, atomoxetine (brand name Strattera) that specifically targets only noradrenaline has been used to treat ADHD either on its own or in conjunction with one of the psychostimulants. Strattera takes approximately 3-4 weeks to become fully effective and is then in the system 24/7.

Dr. Russell Barkley is a Clinical Professor of Psychiatry and Paediatrics at the Medical University of South Carolina in Charleston –  http://www.russellbarkley.org/

Thomas E. Brown, PhD, is assistant clinical professor of psychiatry at the Yale University School of Medicine and associate director of the Yale Clinic for Attention and Related Disorders – http://www.drthomasebrown.com/